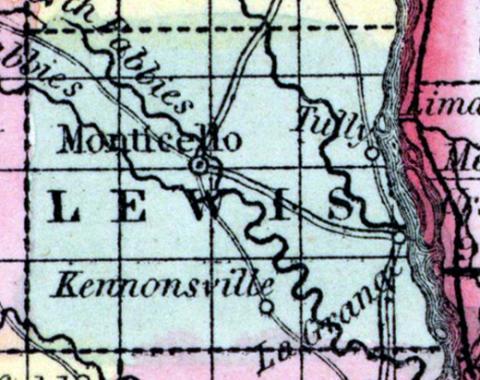 An enslaved man named Charlie escaped from Monticello, Missouri in August 1842, swimming to Quincy and finding refuge with a free African American, Berryman Barnett. While being escorted by Dr. Richard Eels.  Charlie was recaptured, and Eels was later convicted in April 1843 and fined $400, though the case also prompted a lengthy legal dispute between Missouri and Illinois state authorities that ultimately wound its way to the Supreme Court.