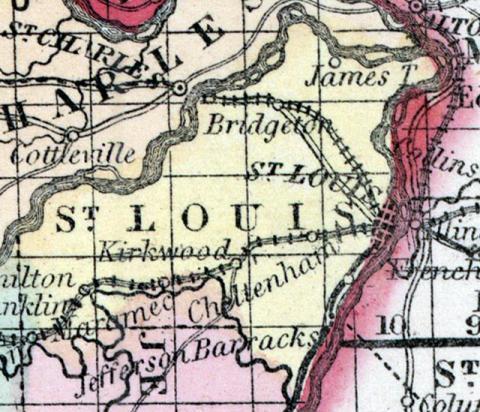 During the summer of 1851, an enslaved woman named Missouri, around 24-25 years old, was granted permission to visit her sister in St. Louis, but she "violated the confidence reposed in her and left, and is now at large," slave master Robert Caldwell declared much later. He noted that Missouri knew another enslaved woman named Matilda, who had recently been purchased by her husband Isaac or Albert Cunningham, with whom she had moved to Ohio, and suspected that "there is little doubt" that Missouri accompanied the couple to freedom in Ohio. Caldwell and Missouri were apparently living at Stewart county, Tennessee at the time he granted her permission to visit St. Louis. 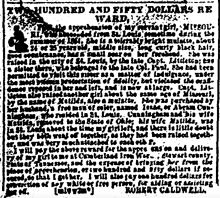