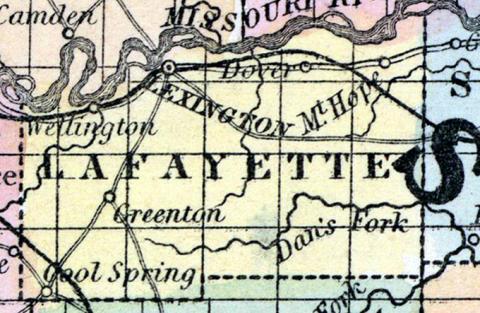 On Sunday, August 7, 1853, an enslaved man named John or Louis, around 33-34 years old, escaped from Lafayette county, Missouri. Louis was raised in Mason county, Kentucky, where according to his master, "he was a notorious runaway," a practice he had kept up in Missouri. Since being sold to western Missouri, slaveholder M.W. Flournoy groused, John "has twice eloped and gone west out of Missouri to the Indian country, where he spent some months among the Shawnee and Pottowattomie Indians, having changed his name to John." Flournoy advertised a $100 reward for John's re-enslavement. 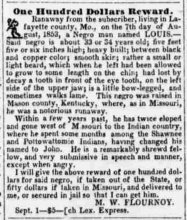