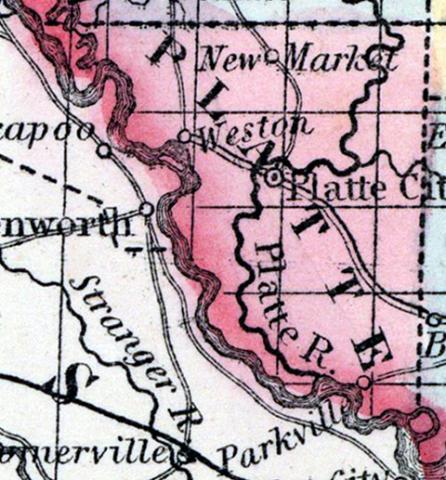 Three enslaved people escaped from slaveholder R. Meek in Weston, Missouri. A report noted that the freedom seekers were "making for the Plains." However, two were later recaptured. Contemporary reports described the escape of these three bond people as part of a wave of recent "slave stampedes" unsettling the institution throughout western Missouri.