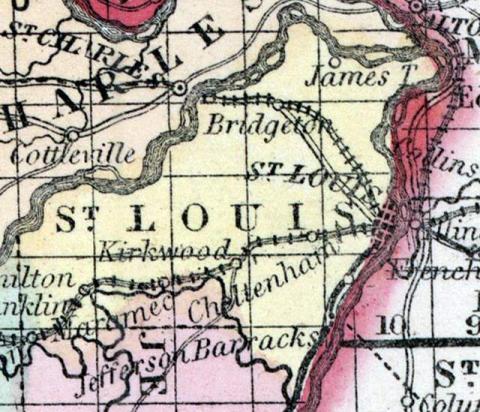 An enslaved man, who local newspapers did not identify by name, escaped from a slaveholder named Robinson with the aid of a free Black man named Francis Stames. Stames tried to secure the freedom seeker passage on a ship to Alton, but the captain turned the runaway over to authorities. But the man had forged free papers, leading local authorities to release and then promptly rearrest him. St. Louis authorities later charged Stames with abducting Robinson's slave.