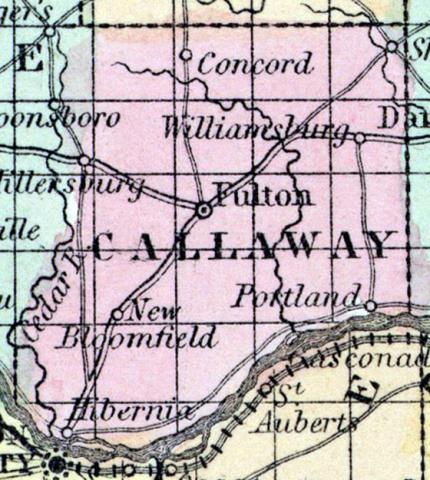 Two enslaved men named Squire and William, both in their mid-20s, escaped from their enslavers in Fulton, located in Callaway county, Missouri. They were reportedly seen on Sunday afternoon, July 11 "traveling together towards St. Aubert's Landing, on the Missouri River," leading to suspicions that the two men were attempting to cross the Missouri river and "make for St. Louis, or the Illinois side between St. Louis and Alton." 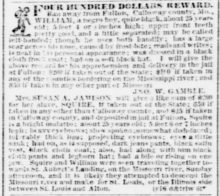