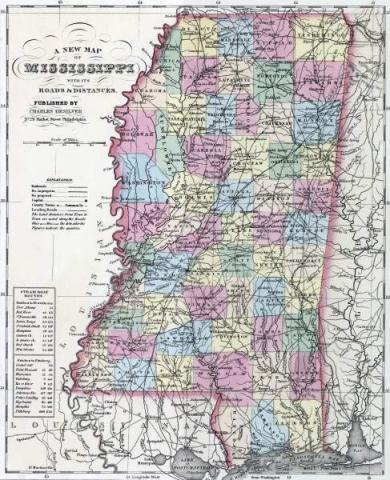 Senator Stephen A. Douglas of Illinois was married twice.  His first wife Martha, who died in 1853, left him ownership of a large cotton plantation in Mississippi.  This meant that Douglas, a powerful Democratic senator from a free state, was also a slaveholder in 1858, the year he campaigned against Republican Abraham Lincoln for reelection to the U.S. senate. Thus, it was news in August 1858 when two enslaved African Americans from the Douglas plantation ran away and were captured in Yazoo, Mississippi.  Newspapers reported the incident under the headline:  STAMPEDE OF TWO OF SENATOR DOUGLAS' SLAVES."