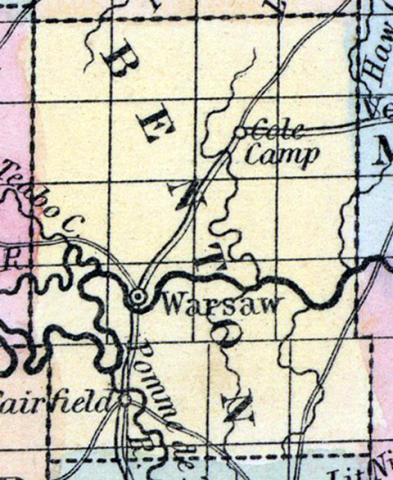 Two enslaved men, roughly 21-year-old Hardy McElrath (or Mackelrath) and roughly 35-year-old Isaac McElroy (or Mackelrath), escaped from near Warsaw in early November, and were recaptured near St. Louis on November 18, 1861.  On December 27, Union provost marshal general Bernard Farrar released both men under the First Confiscation Act, after determining that their slaveholder had forced them to labor for the Confederate army. 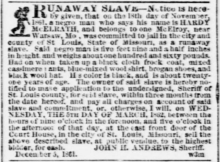 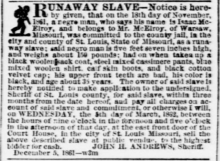