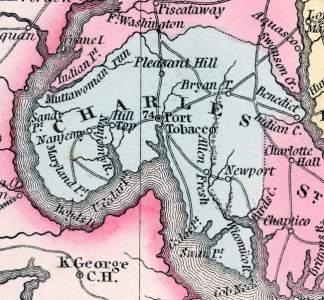 On Sunday, September 13, 1863, there were reports that at least 15 enslaved African Americans, including "men, women, and children," from Cedar Point Neck in Charles county, Maryland had escaped.  According to the news account, which was reprinted nationally, the group stole "a large flat-bottomed boat" from a barn, "which they carried to the creek, and thus made their escape."  A Port Tobacco, Maryland newspaper reported that  "not less than fifty negroes from this vicinity have run off" within the past week. (The Chicago Tribune picked up the report from a Port Tobacco, Maryland newspaper, but misattributed the stampede to Delaware in its headline.)