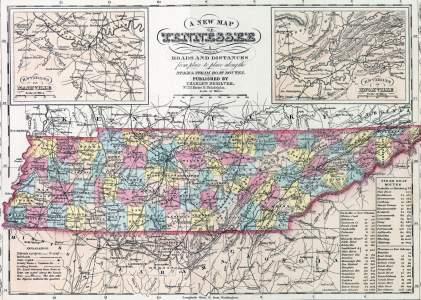 In early September, the Knoxville Register reported on "a large number of slaves" who had "absconded from different parts of this country our own neighborhood contributing to some extent, to the exodus."  The newspaper glumly concluded: "At the rate at which this thing has been going on for some time past, our country must soon be drained of this species of population."  A Milwaukee newspaper reprinted this story along with the tale of the simultaneous stampede of enslaved Blacks in Delaware under the headline:  "Another Stampede of Slaves."