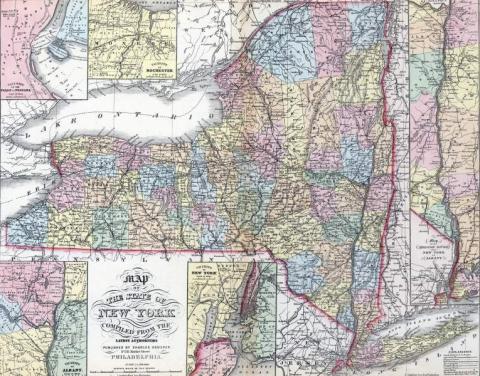 Reports that a U.S. deputy marshal was in Rochester with warrants under the 1850 Fugitive Slave Act prompted the flight of at least three individuals fearing recapture. According to contemporary accounts, it was believed that these three individuals--and possibly more--had previously escaped from slavery and taken refuge in New York.