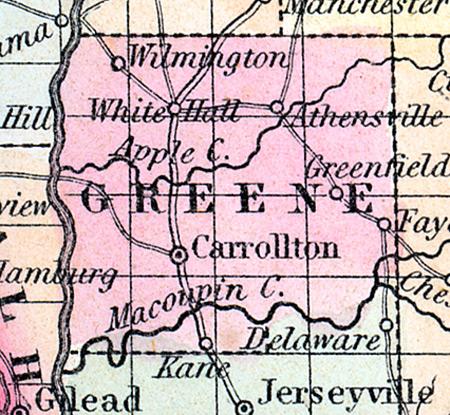 CARROLLTON   A thriving and pleasant post village, capital of Greene county, in a township of the same name, on the line of the Jacksonville & Carrollton railroad, 70 miles south-west from Springfield. It is situated in a populous and fertile district. The abundance of stone coal and timber in the vicinity, added to the facilities for transportation, have led to the establishment of several manufacturing companies The village contains several churches, three academies and other similar institutions. Population, estimated at 1,660.  Marshall Delaney, Postmaster.  (Hawes' Illinois State Gazetteer...,1859)