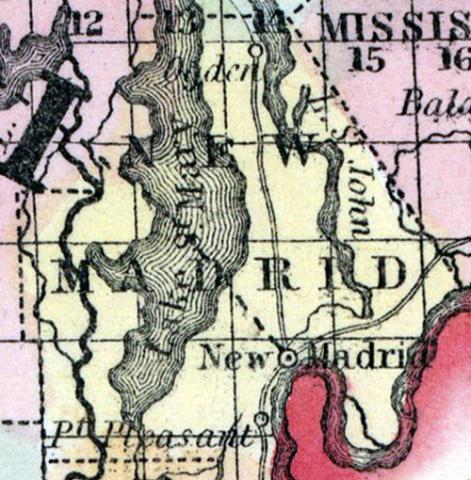 NEW MADRID, capital of New Madrid co., Missouri, on the Mississippi river, 280 miles S. E. from Jefferson City. It does a large business in shipping corn, lumber, and cattle for Southern markets. The houses are mostly built of wood, on account of the frequency of earthquakes, by which this town and county were greatly injured in 1811. A newspaper is published here. Settled in 1780.   (Baldwin & Thomas, A New and Complete Gazetteer of the United States ... 1854)