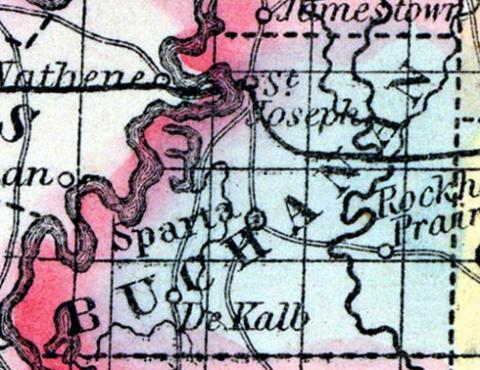 In mid-September 1855, four enslaved people, whose names were not recorded, escaped from St. Joseph, Missouri. According to a letter written from St. Joseph on September 29, they were captured "by two citizens of Iowa," and returned to their masters, C. Cox and R. Middleton, on September 28, and the "$800 reward offered was promptly paid."