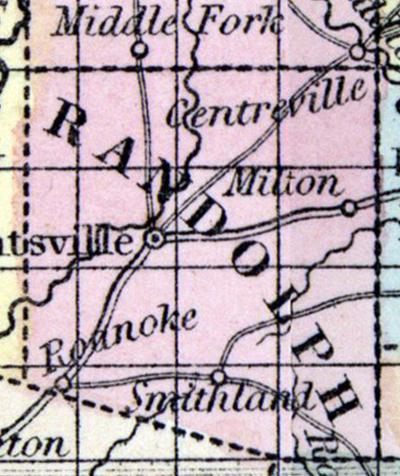 Around mid-July 1855, an enslaved man named Ike escaped in Randolph county, Missouri. He was later recaptured, but made his escape again on Saturday, August 4, after convincing his jailor to remove the shackles around his ankles. A "Vigilance committee" of slaveholders sought to recapture Ike, and offered a "liberal reward" for his re-enslavement.