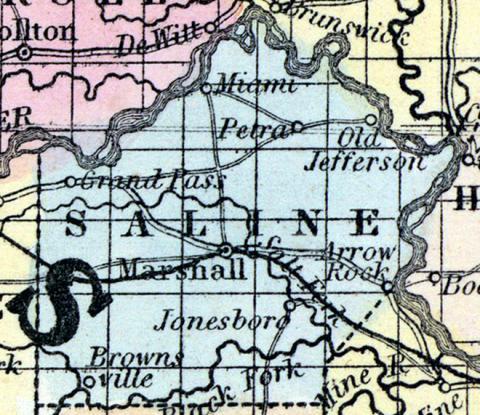 On Sunday night, July 10, 1859, a roughly 30-year-old enslaved man named Sim escaped from a property roughly three miles east of Marshall, in Saline county, Missouri. His enslaver, Henry C. Simmons, postulated that "it is possible that he is in company with a white man," and advertised a $300 reward for Sim's recapture. Sim was arrested a week later on July 17 in St. Charles, captured while attempting to pass the city on a skiff.