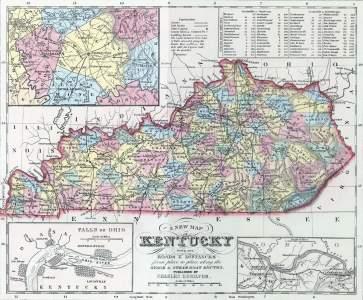 On Saturday night, August 5, 1848, a group ranging in number from 50 to 80 enslaved people fled from near Lexington, Kentucky. Accompanying the group was a white man named Patrick Doyle. The freedom seekers were overtaken and recaptured after a violent confrontation. Reports later emerged suggesting that Doyle had instigated the escape with the plan to betray the freedom seekers and pocket the reward. Regardless, he was sentenced to 20 years in the Kentucky state penitentiary for his involvement in the stampede.