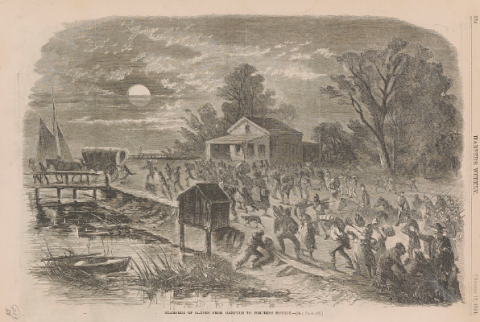 In late May, 1861, northern newspapers began reporting on the arrival of freedom seekers at Union-controlled Fort Monroe on the Virginia peninsula.  "STAMPEDE OF FUGITIVES TO FT. MONROE" read one of the earliest headlines.  The stories of these "contrabands" fleeing from secessionist slaveholders on the peninsula continued throughout the summer of 1861 and became a major national news story and the impetus for the First Confiscation Act (August 6, 1861).  The initial reports of a trio of runaways soon escalated into dozens and eventually thousands of individuals successfully seeking shelter at Fort Monroe by mid-1861. Both Frank Leslie's Illustrated Newspaper (June 8, 1861) and Harper's Weekly  (August 17, 1861) produced illustrations containing captions that explicitly identified the movement of these freedom seekers as stampedes.

Stampede Among the Negroes in Virginia, 1861 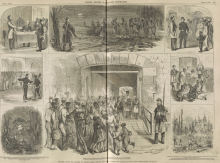 Stampede of Slaves from Hampton to Fortress Monroe, 1861 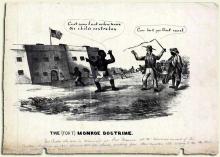